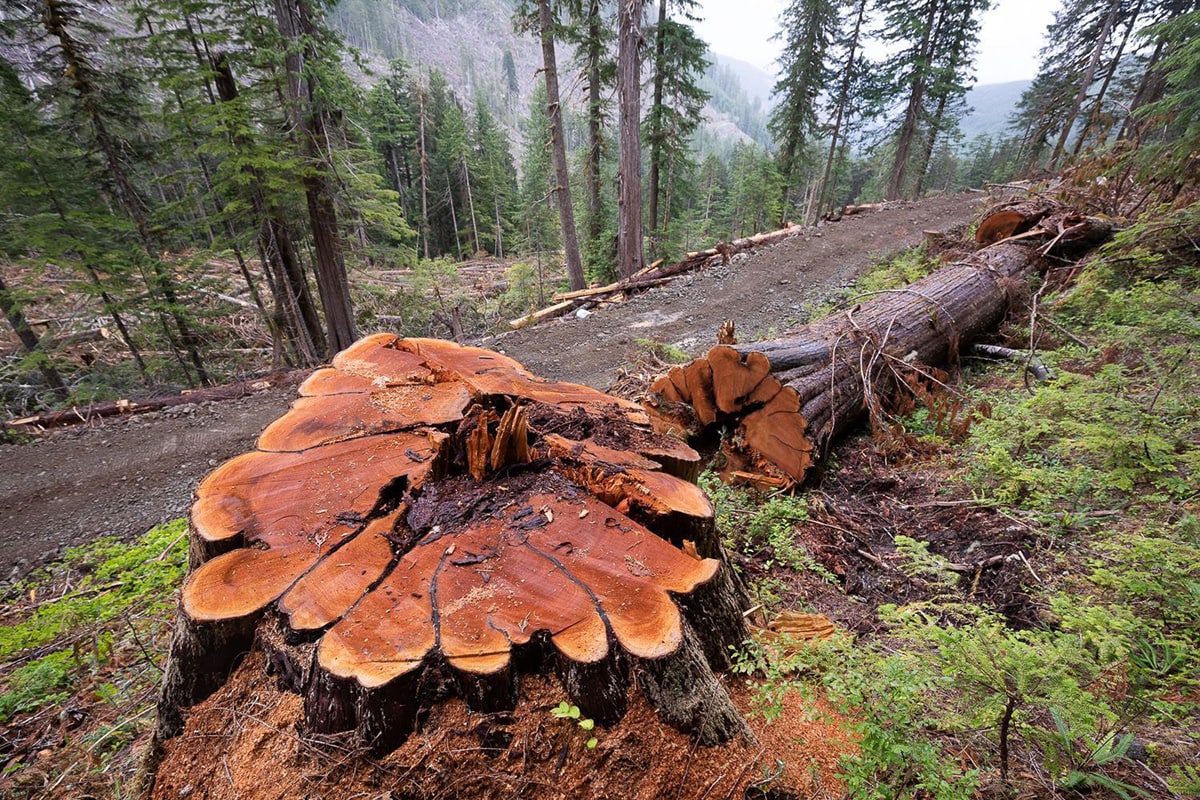 Two of the country’s largest pulp and paper unions, Unifor and the Public and Private Workers of Canada (PPWC), have struck a tentative deal with Canfor, one of Canada’s largest logging companies. Negotiations have been underway since last April where union leaders and Canfor management have been arranging compensation agreement.

Canfor has come under the watchful eye of indigenous groups and residents wishing to preserve old growth forest in British Columbia. To their behest, BC is scheduled to remove roughly 1.3 million hectares of old growth from the harvest land base.

As one of British Columbia’s largest logging companies Canfor has been publicly asking for reviews to legislation that will allow it to harvest these parts of the remaining old growth forest areas of BC. The massive trees have long been an important part of the province’s forestry sector. But the logging of old growth trees, some of which have stood for 800 years or more, often comes with criticism that their harvest harms B.C.’s biodiversity and ability to deal with climate change.

The logging giant issued two statements in December. The first called for the province to start over on the old-growth plan, which began with the abrupt release of maps and a 30-day consultation period that almost no Indigenous leaders could or were willing to meet.

The second came in the form of an open letter released by Canfor in late December.

Conservationists say it’s significant when very old trees like this are discovered in forests. They are often found at the bottom of lush valleys where rainfall and access to nutrients help them grow.

But preservationists like “Sum of Us” say that multi-billion dollar logging corporations like Canfor are cashing in on irreplaceable old growth forests in BC. Protesters say “up to 80% of the original forest has already been logged and the rest are at risk by greedy logging companies who are convincing the province to place these irreplaceable forests on the chopping block.”

The B.C. government says three quarters of the 204 Indigenous communities in the province are interested in its old-growth forest preservation project, but so far only one has moved ahead with its own resource management plan.

Canfor did caveat their press release telling Canadians their statement is “based on management’s current expectations and beliefs and actual events or results may differ materially. They constitute “forward-looking statements” which involve known and unknown risks, uncertainties and other factors that may cause actual results to be materially different from any future results, performance or achievements expressed or implied by such statements. Words such as “expects”, “anticipates”, “projects”, “intends”, “plans”, “will”, “believes”, “seeks”, “estimates”, “should”, “may”, “could”, and variations of such words and similar expressions are intended to identify such forward-looking statements.”

They go on to say that “There are many factors that could cause such actual events or results expressed or implied by such forward-looking statements to differ materially from any future results expressed or implied by such statements. Forward-looking statements are based on current expectations and Canfor assumes no obligation to update such information to reflect later events or developments, except as required by law.”

PPWC Union boss Gary Fiege said, “We are happy with this effort and believe this deal sets a positive and fair path forward for pulp and paper workers.” Unifor is delighted to have reached an agreement as well. The Unifor boss Jerry Dias said, “Congratulations to the bargaining committee for reaching a strong deal for #Unifor and @PPWCUnion members”.

CANFOR HEADS TO ALBERTA AND BEYOND

With the price of lumber skyrocketing it came time for Alberta’s Millar Western Forest Products to sell according to their communications lead Ann Normand. “Historic lumber prices” played a factor in Millar Western’s decision to enter into the agreement when the company received the purchase offer. “Ownership decided it was a good time to sell.”

Canfor announced that it is taking over the company’s Alberta forest licences and sawmill complexes in Whitecourt and Fox Creek, along with a specialty mill in Acheson, AB.

Approximately 550 people are employed in wood products operations impacted by the sale, which will become “divisions of Canfor”, according to Millar Western.

“We are excited to expand our Alberta operations to meet the growing demand of our customers for high-quality and sustainable wood products,” Don Kayne said of the $420 million acquisition.

In June, Canfor also announced it would invest $200 million in Louisiana to build a new sawmill there as it looks to expand beyond Canadian borders.

B.C. forestry companies have been expanding outside of B.C. and Canada for about a decade now, including into Europe. Meanwhile, they have shuttered a number of sawmills and pulp and paper mills in B.C. permanently, often citing high operating costs and a lack of affordable fibre.

B.C.’s annual allowable cut is shrinking, and is expected to enter a long-term decline, due to pine beetle infestations, wildfires and removal of harvestable timber from the landbase for conservation purposes according to lumber executives.

With the supply of timber now about to shrink even more, as the B.C. government moves forward with a plan to remove roughly 1.3 million hectares of old growth from the harvest land base questions about the efficacy and ability to timbre old growth forests in British Columbia remain on the table.