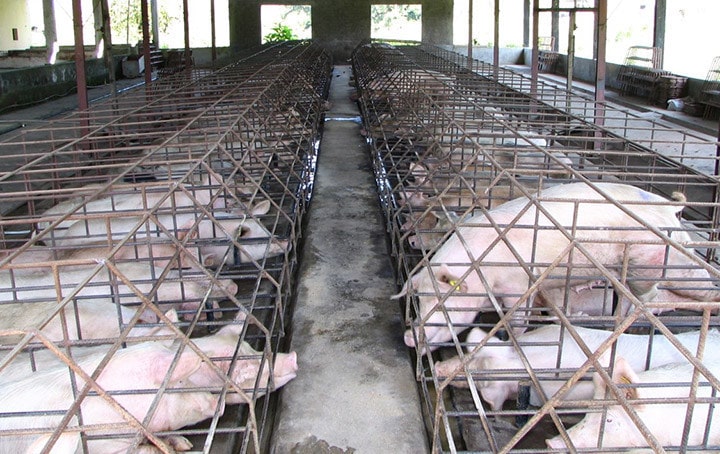 TORONTO, Oct. 29, 2021 – This weekend, world leaders and other delegates will descend on Glasgow, Scotland for the 26th United Nations Climate Change Conference aka COP26.  Many crucial topics are on the agenda, but the discussion of animal agriculture is mainly being ignored, despite the industry being responsible for producing more greenhouse gas emissions than all cars, planes and other forms of transport put together, says World Animal Protection Canada.

The organization says “Animal agriculture is also a significant contributor to deforestation as large swaths of forests are cleared to plant crops for animal feed – releasing carbon into the atmosphere. This also ruins wildlife habitats and displaces local communities, while the industry profits from the cruel, inhumane treatment of billions of farmed animals each year. Animals cramped together on industrial farms also suffer lung problems from high ammonia levels, and manure spread on fields releases nitrous oxide greenhouse gas into the atmosphere, as well as polluting waterways.”

Experts have said the current animal agriculture sector is not sustainable and if left unchecked is projected to produce 52 per cent of global greenhouse gas emissions in the coming decades, 70 per cent  of which will come from meat and dairy. And a recent environmental study found reported methane emissions from animal agriculture in Canada and the US are underestimated.

While the Canadian government is committed to addressing climate change, the main focus has been on capping emissions from the oil and gas sector. Animal agriculture is barely addressed in Canada’s current climate policy, yet there are steps that can be taken.

The 2019 Intergovernmental Panel on Climate Change Report states, “without drastic changes in global land use, agriculture and human diets, efforts to reduce carbon emissions will fall short.” It describes plant-based diets as a major opportunity for mitigating and adapting to climate change and recommends reducing meat consumption.

Earlier this year, Canada pledged to reach net zero emissions by 2050 and has also raised its emission reduction targets from 30 per cent below 2005 levels by 2030, to 40 to 45 per cent.

“The Canadian government has a huge opportunity to promote plant-based eating that aligns with Canada’s Food Guide, and to financially support farmers to transition to plant-based and/or more ecological farming systems. These initiatives will go a long way to helping Canada meet its emission reduction targets,” Kavanagh adds.

Denmark recently announced an investment of 1.25 billion kroner ($240 million) in the research, development and production of plant-based food as part of a new climate agreement for food and agriculture.

Kavanagh said that “Canada should join Denmark and lead on such issues globally. If policymakers are committed to reducing carbon emissions, halting the growth of industrial animal agriculture must be addressed at COP26 and beyond.”

World Animal Protection is also urging the public to play a role too. By eating less meat and dairy, everyone can do their part in preventing the dire consequences of a warming planet now and for generations to come. With a one health, one welfare approach – embracing the concept that human, animal and planetary health are all connected – change can come.

Last year Canadian music icons Jann Arden and Buffy Sainte-Marie joined The World Animal Protection effort in calling for an end to the global wildlife trade which brought the organization into the spotlight.

At the time of joining WAP the artists made the following statements:

Jann Arden says it’s important to speak up for animals who don’t have a voice: “Like many Canadians, I care deeply about the welfare of animals. This global pandemic has shown us the devasting impact people’s current treatment of animals can have. Ending the global wildlife trade will help prevent animal suffering and future pandemics.”

Buffy Sainte-Marie had similar views and says: “Our relationship with animals affects us on so many levels, including our health and the environment, and, for me, matters of the heart. We need to recognize how important our wildlife is and do what we can to protect them.”

The COP26 summit will bring parties together to accelerate action towards the goals of the Paris Agreement and the UN Framework Convention on Climate Change.