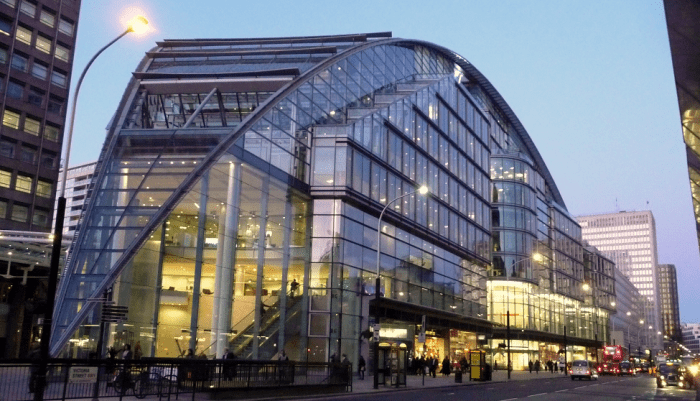 There is nothing artificial about Montreal based BrainBox AI’s continued success on the world sustainability stage. Fresh off COP26 validation as a top innovator, the Montreal company has announced a strategic partnership with the London’s Land Securities Group. The United Kingdom is on a mission to lower its carbon footprint. The politicians at 10 Downing Street are looking to developer giants like Landsec to make an impact.

One of the leading contributors of energy usage comes from buildings’ Heating, Ventilation, and Air Conditioning (HVAC) systems. A typical commercial building sees 45% of its energy consumption coming from HVAC. Thirty-percent of that energy is usually wasted.

London’s famed Cardinal Place wanted to contribute to the country’s climate target reduction. The developer is the largest in the UK. They needed a partner that could help make their buildings smarter and more efficient in their energy use. A partner that could reduce costs significantly.

Enter BrainBox AI who was chosen as the top innovation in the “Tech For Our Planet” challenge at COP26. BrainBox flagship product is currently installed in over 100,000,000 square feet of real estate across 17 countries. It is no surprise that the Montreal, Canada based artificial intelligence darling was chosen by Landsec. Part of the Cardinal Place executive goals was is to see their buildings become predictive and self-adaptive. By reducing energy consumption and emissions they could start hitting those carbon goals.

BrainBox AI technology says clients often benefit from a 40% decrease in their carbon footprint. This would mean huge costs savings while possibly reducing their HVAC energy costs by one quarter. The office and retail site at Cardinal Place consists of three buildings covering over a million square feet. Early results indicate the system is on pace to to impact both the footprint and HVAC savings significantly.

Sustainability is on the HVAC menu

Landsec’s sustainability leader said that the partnership fits in with their goals. The aim is to create places that make a lasting positive contribution to their communities and the planet.

It also helps the wider sustainability strategy at Landsec that has seen it become the first UK REIT to align its carbon reduction target to a 1.5-degree pathway of global warming.

“These initial steps demonstrate that Landsec is on track to reach the ESG targets it has put forth,” said Frank Sullivan, Chief Commercial Officer at BrainBox AI.

The world is investing in AI and carbon reduction

BrainBox recently raised 24M raise to further deploy its AI technology to develop its next phase of innovation. The first close of its Series A round includes new lead investor, ABB, and investments by Esplanade Ventures and Desjardins Capital.

The company’s CEO says the next phase of innovation will tackle energy transition. This is achieved by creating energy demand flexibility within building clusters. “Globally, the energy sector is undergoing a major transition spurred by the decreasing cost of renewable power generation. With these new intermittent sources of power comes the need for more flexible energy grids.”

BrainBox AI’s autonomous AI technology will allow buildings to be a part of the solution by providing energy and capacity back to the grid, contributing to cleaner and more efficient consumption.