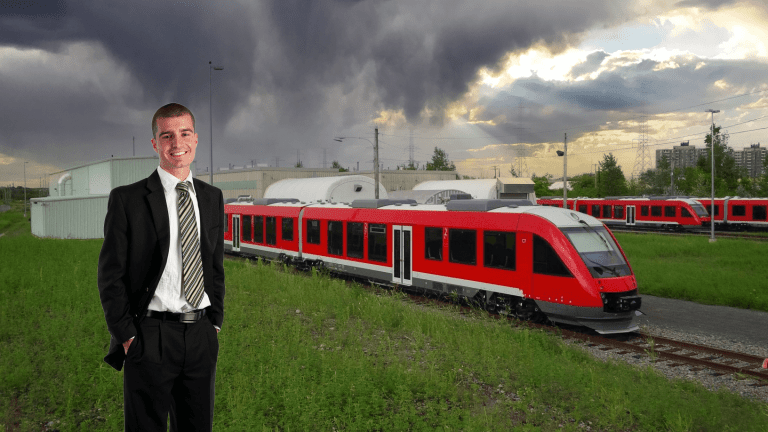 Canada’s major cities are in the midst of a generational challenge with the effects of the COVID-19 pandemic but are likely to come back steadily as immunity broadens, according to a new report from BMO Economics. So analysts say invest in public transit now.

The report goes on to cite how Ottawa recently announced eight year, $14.9 billion program to support public transit infrastructure and “that’s encouraging”.  The current lull in demand is not permanent, and policymakers have a chance to make up some much-needed ground on this front. In fact, consideration could even be given to redirecting some of the massive ongoing fiscal support to an area like transit, that will have longer term productivity- and affordability-enhancing benefits according to Bank of Montreal.

“Some of what we’ve seen through the pandemic represents the pulling forward of shifts that were going to happen anyway, like the demand for single-detached homes,” said Robert Kavcic, Senior Economist, BMO Capital Markets. “Some of it, like remote work, hints at long-term adjustments that will reshape the work environment, but not completely alter it. Meanwhile, some is temporary, leaving hearty pent-up demand in areas like entertainment and recreation.

The report notes a number of other trends that have become apparent during the pandemic, which will need to be taken into account by policymakers to ensure cities remain strong.

Pandemic has accelerated migration trend out of urban centers

The suburbs and rural areas have seen a boom as people flee downtown areas for more space during lockdowns. This has temporarily hurt urban condo sales across the board in major Canadian cities.

Urban population growth has slowed considerably; in the twelve months through July 2020, more than 80,000 people migrated out of Toronto, Montreal and Vancouver, on net, to other areas of the respective province. Meanwhile, there were persistent net outward migration flows from the biggest cities to other parts of the province even before the pandemic; those outflows have been steadily increasing since 2014.

“Combined with a steep falloff in international non-permanent residents, this slowed combined population growth in these centres by 0.7 percentage points over the course of 2020,” noted Mr. Kavcic. “The pandemic has prodded some temporary movement out of the major cities, while it also likely pulled forward some movement that was eventually going to take place anyway in the years ahead. We don’t know how much of the shift is permanent, and how much is temporary, but it’s likely a bit of both.”

According to BMO “In the near term, office vacancies are on the rise. Toronto’s downtown vacancy rate jumped to 7.2% in 2020Q4 (or 11% city-wide), according to CBRE; Montreal rose to 10.2%; and Vancouver to 5.8%. These markets were extremely tight before the pandemic (unlike Calgary, which sits at almost 30%). Plus, massive federal fiscal support has kept some tenants in place, though their future is uncertain as those measures eventually wind down.”

Housing has seen a major impact from the pandemic, with a relative shift in strength from big urban markets to perimeter markets and significant slowing of condo price growth. This reflects a combination of temporary, semi-permanent and permanent factors.

The acute impact of the pandemic has significantly disturbed the economics of the major downtown condo markets. This market will continue to struggle this year, but the temporary nature of these shocks should ultimately allow it to balance itself out in relatively short order.

Meanwhile, a year of lockdowns and travel restrictions have incented an explosion in demand for recreational property and real estate typically outside normal commuting distance. As travel restrictions ease, so should the extraordinary demand for such properties. “However, the ability to work remotely has made the economics of such ownership more appealing,” stated Mr. Kavcic. “Ownership of a second property is no longer just a Friday evening-to-Sunday afternoon proposition. As a result, some of the increase in prices will likely stick.”

Jobs are on the rise which is a great indicator of the rebound Canada is benefitting from. The light at the end of the tunnel continues to get brighter.

Finally, demographic trends, along with constrained supply (either through geography or policy), have long been creating an environment of strength for single-detached home prices in and around the major cities. “The extent that the pandemic has pulled forward some of the inevitable shift into this segment of the housing market suggests that a good portion of the gains will stick, major changes in interest rates aside,” said Mr. Kavcic.