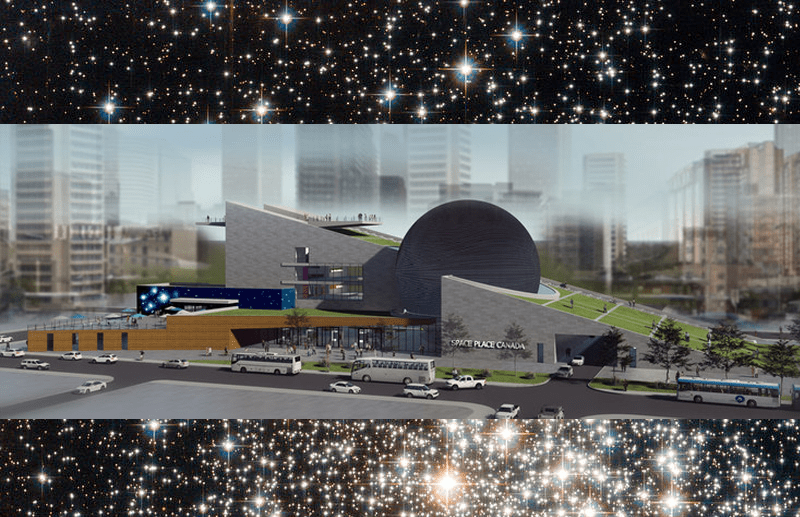 The public planetarium will display past and current accomplishments, Canadian champions and heroes in space, the future career opportunities in the space sector for Canadians, and how space enables citizens to address earth-bound challenges from climate change to archaeology to peace and security.

“An entire generation of Torontonians has grown up without ever experiencing the excitement and wonder of a big planetarium,” says Lotin.

Since its founding in 2018 and the launching of virtual events series in 2020, Space Place Canada has recruited more than 8,000 supporters enthusiastic about seeing a planetarium built in Toronto.

With increased interest in space exploration, the new space economy and space tourism, Space Place Canada believe a 21st Century public planetarium will engage citizens and educate youth about opportunities for Canadians to learn about the universe and participate in the future development of space.

Space Place Canada plans to meet with civic, corporate leaders and other institutions to detail how a 21st-century public planetarium will enhance the city’s academic growth, economy, and social life and explore prospective locations.

A facility presenting the wonders of space is an innovating exciting story-telling format that promotes much-needed science-based programming and adds much-needed tourism infrastructure for the benefit of Toronto and Canada at large.

Founded in 2018, Space Place Planetarium Canada is a non-profit, multi-disciplinary group of professionals determined to bring a public planetarium back to Toronto.