Canadian Astronaut Joshua Kutryk will speak to students from the Yukon and Northern B.C. 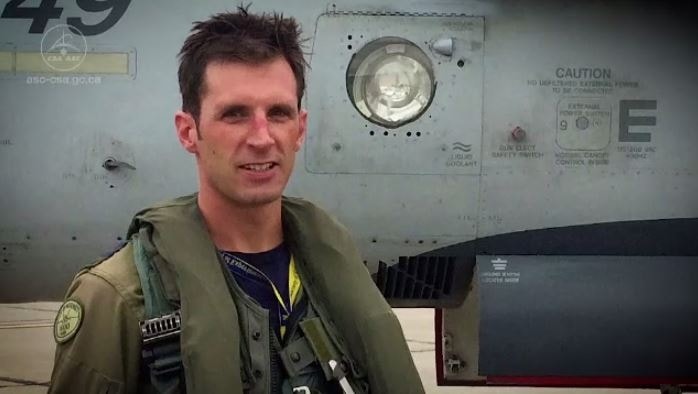 On April 9, 2021, Canadian Space Agency (CSA) astronaut Joshua Kutryk will speak to students from the Yukon and Northern B.C.

He will share his story, talk about his career as an astronaut, and answer questions from students at Christ the King Elementary School and Del Van Gorder Elementary School in the Yukon who have won a visit from an astronaut through the Junior Astronauts campaign. He will also interact with over 200 students at the Yukon Stikine Regional Science Fair, which will be held in a virtual format this year.

Prior to joining the Canadian Space Program, LCol Kutryk worked as an experimental test pilot and a fighter pilot in Cold Lake, Alberta, where he led the unit responsible for the operational flight-testing of fighter aircraft in Canada.

As the officer in charge of fighter evaluations, he was responsible for safely conducting the initial airborne evaluations of new technologies and systems on the CF-18. He worked with a team of aerospace engineers, analysts, aircraft technicians and program managers in order to make the CF-18 safer and more effective in its mission. LCol Kutryk has worked on a variety of technical flight test projects, ranging from out-of-control flying to automated navigation and flight control systems to weapon guidance and control. In addition, he has worked extensively as an instructor, teaching other pilots how to fly the CF-18 on demanding missions.

In 2012, LCol Kutryk received the prestigious Liethen-Tittle Award from the United States Air Force for being their top test pilot graduate, an award also presented to Colonel Chris Hadfield in 1988.

From 2007 to 2011, LCol Kutryk served as a CF-18 fighter pilot with 425 Tactical Fighter Squadron in Bagotville, Quebec. During that time he flew missions in support of NATO, UN and NORAD commitments around the world. He has been deployed in both Libya and Afghanistan.

LCol Kutryk was one of two recruits selected by the Canadian Space Agency (CSA) in July 2017 through the fourth Canadian astronaut recruitment campaign.

LCol Kutryk was one of the top 16 candidates (from over 5,350 hopefuls) during Canada’s 2009 astronaut recruitment campaign. Due to his perseverance and dedication, he now finds himself in the Canadian Astronaut Corps.

In July 2017, LCol Kutryk relocated to Houston, Texas, to take the two-year Astronaut Candidate Training Program at the Johnson Space Center as a member of the 2017 National Aeronautics and Space Administration (NASA) astronaut class.

Media are invited to attend. Please contact the CSA’s Media Relations Office at asc.medias-media.csa@canada.ca to obtain the links to connect to the virtual sessions.