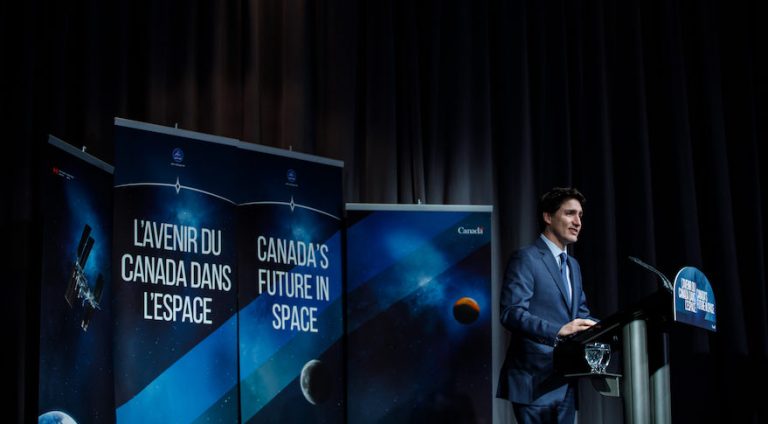 TechBomb News – OTTAWA, ON, April 7, 2021- With over 60 years of space innovation Canada has been making serious space news. That news continues to grow today as MDA, the largest company in the country’s space sector, finalizes its initial public offer. MDA has been leading the Canadian space robotics industry for decades. The global space industry has been sky rocketing of late. While famous tech leaders like Elon Musk (Tesla), Sir Richard Branson (Virgin Galactic), and Jeff Bezos (Blue Origin) make news in commercial space endeavours Canada has made some serious moves as well in the sector. This time last year a team of Canadian billionaires, including tech darling Jim Balsillie (Blackberry), quietly took back possession of the country’s iconic space robotics leader, MDA from struggling USA parent co. Maxar.

MDA Ltd., who are considered the leading Canadian provider of advanced technology and services to the burgeoning global space industry announced the successful closing of its initial public offering of common shares of the Company. MDA issued its Common Shares at a price of $14.00 per share for gross proceeds to the Company of approximately $400 million.

Canadians who partake will have an opportunity to invest in one of Canada’s most iconic companies. A company whose Canadarm2 technology adorns the Canadian $5 bill and has been busy launching RadarSat2 among other multi-billion dollar NASA and European Space Association partnered projects. The Common Shares are listed on the Toronto Stock Exchange under the symbol “MDA”.

Canada has reached some significant space milestones of late with Justin Trudeau’s Liberal government announcing a 2+ billion dollar investment in space exploration and other space related activity. Canada will join the United States on its aggressive endeavours to put humans back on the moon and eventually boots on Mars. Canada was the first country to commit to the NASA led Artemis program and will contribute a robotic arm to help astronauts succeed. NASA recently announced two Canadian astronauts will be part of those moon missions, a benefit for countries who invest internationally in advancing human space exploration.

Canada uniquely benefits from a Canadian Space Agency program that leads contracting of space related projects while deeply investing into innovative companies. MDA are one of the largest benefactors of this investment making it a very stable long term player in the heated robotics space race. Since Space Exploration is a nebulous investment it is accepted that an international effort that requires government support to accelerate innovation to drive efforts. Canada has proven to be a G7 leader in this respect for most of the history of international space cooperation. These investments have proved worthwhile not only above the stratosphere, but often shape every day technology (like Wi-Fi) we use here on earth.

The timing bodes well for MDA as the company has also been active in creating jobs and opportunities for the growing earth observation market. It was announced last month that the Government of Canada intends to launch an international space program to track illegal fishing. MDA is a key partner providing data from its partnership in the Radarsat program. Companies like MDA and Telesat have been going toe to toe with their international competitors in satellite technology. Ottawa Canada based Telesat recently launched their Lightspeed initiative in partnership with MDA. The goal is to provide global broadband via low earth orbit satellites.

Canada has had an extensive recent government track record for investing in what some refer to as “The New Space Economy”. Space travel, space mining, space robotics, and earth observation are just some of the areas where deep investments have been made. Canada is also a leading nation in Astronomy. Space geeks have been following the progress of the James Webb Telescope which Canada has helped build. Set to launch October 31st, the JWST will orbit the sun, 940,000 miles away from Earth, four times further away than the moon and provide a look into deep space hoping to find fascinating new discoveries about our universe.

As far as the initial public offer MDA has granted to the underwriters an option, exercisable, in whole or in part, at any time and from time to time for a period of 30 days after closing of the Offering, to purchase from the Company up to 4,285,725 Common Shares (representing 15% of the number of Common Shares sold in the base offering) at a price of $14.00 per Common Share, for the purpose of covering the underwriters’ over-allocation position, if any.