Liberal candidates were leading or elected in 157 ridings, the exact same number of seats that party won in the 2019 contest. 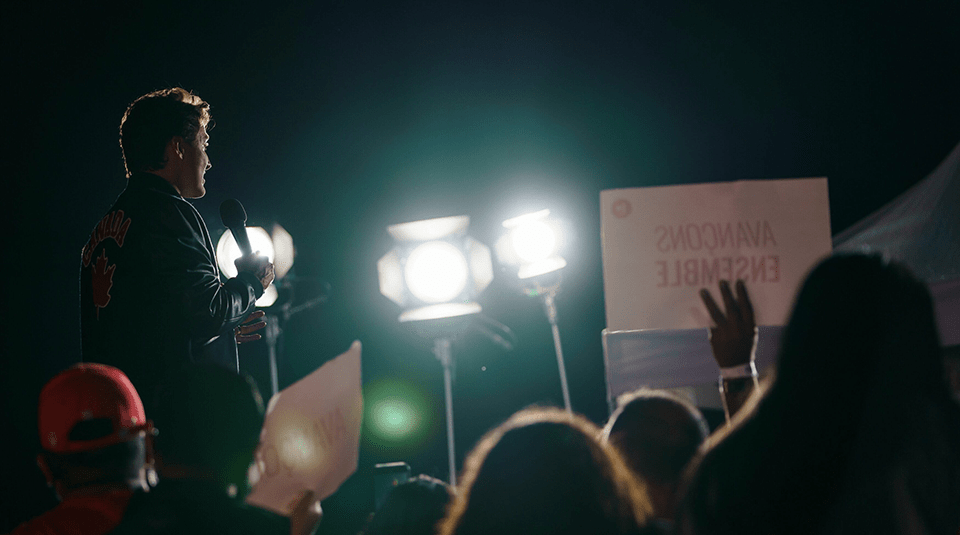 After a 36-day campaign and a $600-million election, the House of Commons will not look much different than when it was dissolved in early August. The Trudeau government will be given a minority mandate for four more years after one of the shortest election cycles in Canadian history.

“To my fellow Canadians there is no greater honour than serving you”, said Trudeau during a late night acceptance speech.

Trudeau called this election on Aug. 15 with the goal of finishing the fight against the pandemic and leadership of the country into a post-pandemic recovery. He promised a plan for child care, more aggressive climate action and a fix for Canada’s housing shortage.

Trudeau said the result suggests Canadians are “sending us back to work with a clear mandate to get Canada through this pandemic and to brighter days ahead. The moment we face demands real, important change, and you have given this Parliament and this government clear direction.”

There were changes to several individual seats which will be decided when all mail in ballots are counted,

Here are the key individual riding results of the 2021 federal election:

• Chrystia Freeland, minister of finance and deputy prime minister, was re-elected over the NDP’s Nicole Robicheau in the Toronto riding of University-Rosedale.

• Sean Fraser, the parliamentary secretary to the minister of finance for middle class prosperity, re-elected in the Nova Scotia riding of Central Nova over Conservative Steven Cotter.

• Liberal Jenica Atwin, who was elected for the Green Party in 2019 but crossed the floor in June, won a nail-biter over Conservative Andrea Johnson in the New Brunswick riding of Fredericton. For much of the evening, Atwin trailed in the count, but pulled ahead late.

• Maryam Monsef, the minister for women and gender equality and rural economic development, lost her seat to Conservative Michelle Ferreri in the Ontario riding of Peterborough-Kawartha.

• Minister of Seniors Deb Schulte lost her seat in the Ontario riding of King-Vaughan to Conservative Anna Roberts.

• Liberal Lenore Zann lost to Conservative Stephen Ellis in the Nova Scotia riding of Cumberland-Colchester. Lenore, a former NDP MLA and leadership candidate for the party, crossed to the Liberals in 2019 and won the federal seat.

• Leader Erin O’Toole defeated Liberal Jonathan Giancroce in the Ontario riding of Durham with about 50 per cent of the vote.

• Leader Jagmeet Singh retained his seat in the Burnaby South riding, fighting back a challenge by Liberal Brea Huang Sami.

• Leader Yves-Francois Blanchet was re-elected in the riding of Beloeil-Chambly with about 54 per cent of the vote, defeating Liberal Marie-Chantal Hamel.

• Leader Maxime Bernier was defeated by Conservative incumbent Richard Lehoux in the Quebec riding of Beauce.

• Former leader Elizabeth May retained her seat in the B.C. riding of Saanich-Gulf Islands, taking 38 per cent of the vote ahead of Conservative David Busch.

Almost four-out-of-five Canadians say they like working from home much more than working in the office, according to a survey and report released by the Future