“The lawlessness must end”, Ottawa Police Chief moving officers in to End Demonstration

Police Chief says, "The hatred, the violence, the illegal acts that residents and businesses have endured over the last week is unacceptable in any circumstance." 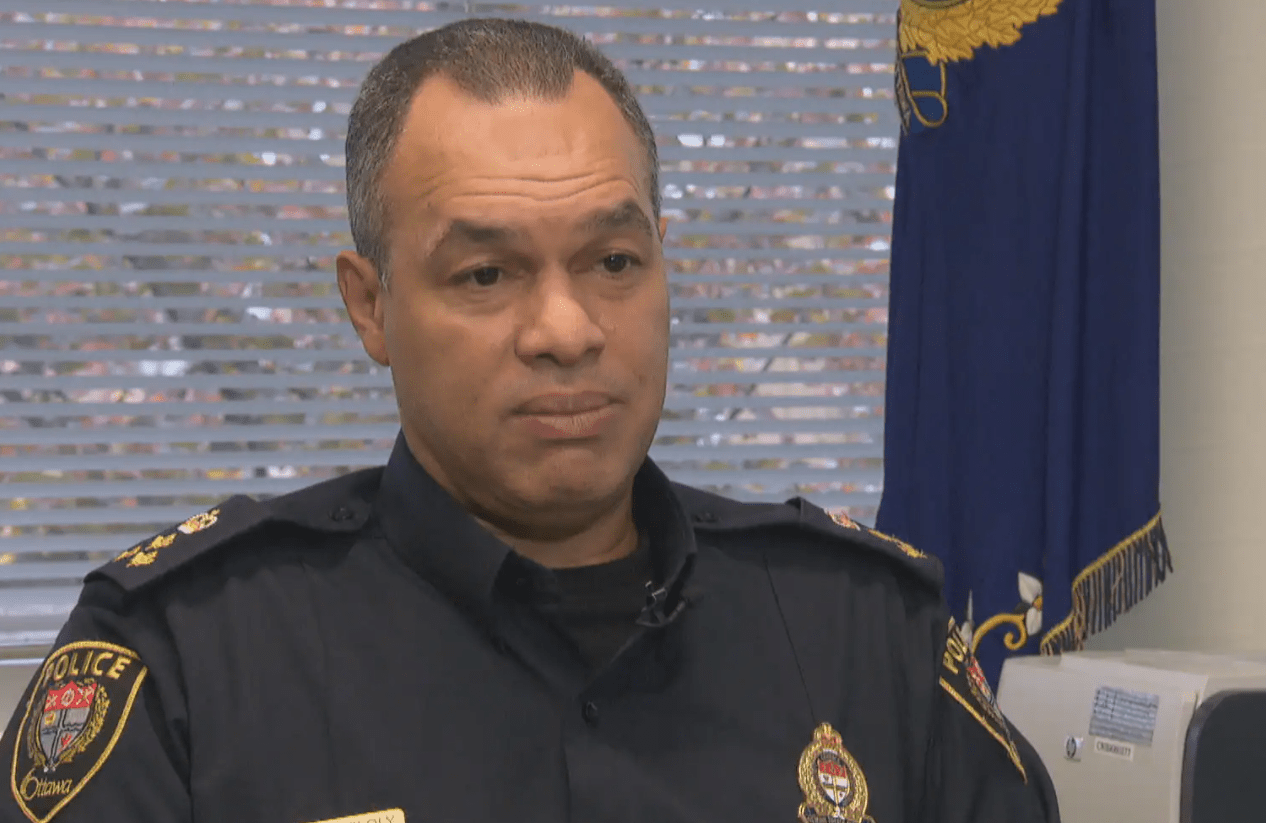 Ottawa’s police chief has announced an additional 150 new officers will be deployed in Ottawa this weekend with the goal of ending the trucker convoy protest. “The lawlessness must end”, said Ottawa police chief Chief Peter Sloly “Our goal is to END the demonstration, said Sloly in a press conference held today in the capital city of Canada.

The chief said, “Residents are frustrated and they’re angry and they have every right to be. Their lives continue to be severely impacted by unlawful and unsafe events on the city streets in the downtown core and in the surrounding neighborhoods. This morning, we’ve begun implementing a new surge and contain strategy in our downtown core based on lessons learned over the last operating cycle of the demonstrations, and new intelligence gathered literally in the last 24 hours. This surge will deliver a clear message to the demonstrators, the lawlessness must end.

The focus of these officers will be on acts of mischief. Hate harassment, intimidation, and other threatening behaviors. The second part of the strategy will be an expansion of the hardening of the perimeter. In the demonstration red zone, the immediate area of Wellington Street in front of the parliament buildings will be further isolating and containing the demonstration in that red zone.

City of Ottawa and will be utilizing concrete barriers, heavy equipment to move traffic

The police service, the City of Ottawa and our partners will be utilizing concrete barriers, heavy equipment barricades to create no access roadways throughout the downtown core. This includes considerations around the closing of bridges, highway off ramps and other roadways.

Incoming protester vehicles today throughout the weekend will be directed to designated parking zones outside of the downtown core. Illegal parking by demonstrators will result in bylaw enforcement, removal and impound if necessary. Again interprovincial bridges, highway off ramps and roads will be closed as needed as we manage and monitor the influx of vehicles and the egress of vehicles from the core.

The third part of the strategy, enhanced Intelligence and Investigation operations. We now have secured fully national, provincial and local intelligence agencies. We have increased ability to identify and target protesters and supporters of protesters who were funding and enabling unlawful and harmful activity by the protesters themselves. Investigative evidence gathering teams are collecting financial, digital vehicle registration, driver identification, insurance status and other related evidence that will be used in prosecutions.

Every unlawful act, including traffic and insurance violations will be fully pursued regardless of the origin at any time in the future. The primary focus of each of these measures will be on the unlawful behavior connected to the ongoing demonstrations This includes parallel and counter demonstrations
We strongly urge all demonstrators and those engaging with the demonstrators to act lawfully, peacefully and respectfully. The hatred, the violence, the illegal acts that residents and businesses have endured over the last week is unacceptable in any circumstance. The police service in the City of Ottawa are bringing significantly greater resources to restore order, hold offenders to account and protect our neighborhoods. The current demonstration in the parliamentary precinct redzone remains unresolved despite significant successes in reducing the number of trucks and demonstrators while preventing riots, injuries or deaths.”

The Chief went on to say,

The Ottawa Police Service continues to work with the national security agencies, the RCMP, the OPP and other municipal police agencies. Over the last 48 hours we’ve also been able to engage all three levels of government to effect a safe, timely and lawful end to this unlawful and unacceptably dangerous demonstration.

Public safety remains Paramount as does our commitment to work with all levels of government and all parts of civil society to bring this demonstration to an end. In closing, I want to reiterate what auto residents have endured, what businesses have endured, what our own service members and our partners have endured over the last week. is unacceptable

We have learned from our experience, we have gathered new evidence. We’ve secured new allies and we’re implementing new measures to bring this demonstration to an end.”

No timeline has been given to end the demonstration using police services.