The Kids in the Hall celebrate the new Prime Video revival of their iconic sketch show at the Rivoli in downtown Toronto. 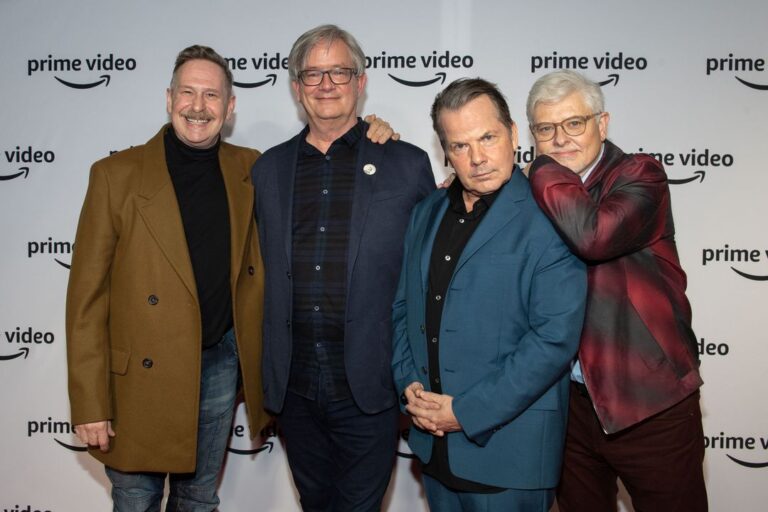 Returning where it all began at the Rivoli in Toronto as Prime Video rolled out the red carpet to celebrate the May 13 premiere of their upcoming revival of The Kids in the Hall.

The iconic Canadian comedy troupe — Dave Foley, Bruce McCulloch, Kevin McDonald, Mark McKinney, and Scott Thompson—is back with a new season of their ground-breaking sketch series, featuring a fresh batch of fun, off-beat characters and beloved favourites, with sketches that pack a satirical punch, laced with the hilarious, edgy, and fearless comedy The Kids are famous for.

Prime Video Hosted a Star-Studded Red Carpet for the Highly Anticipated Revival of The Kids in the Hall that included other notable Canadians in attendance from The Tragically Hip and select cast from upcoming Prime Video series The Lake, Sugar, and more.

Canadian Amazon Original productions include a revival of the adult animation series Gary and His Demons, set to launch in the fall; the feature film Sugar, set to launch in 2022; the recently greenlit dramedy series The Sticky, and a newly greenlit untitled documentary project on the iconic rock band The Tragically Hip

The Lake. Set in cottage country, the 30-minute episodic comedy will film in northern Ontario from August to September. The Lake stars Jordan Gavaris (Orphan Black), Julia Stiles (Hustlers, The Bourne Identity) and Madison Shamoun (#blackAF, Black-ish). The series will launch in 2022 and be available exclusively on Prime Video.