Here are some of the highlights from the world's largest Consumer Electronics Show. 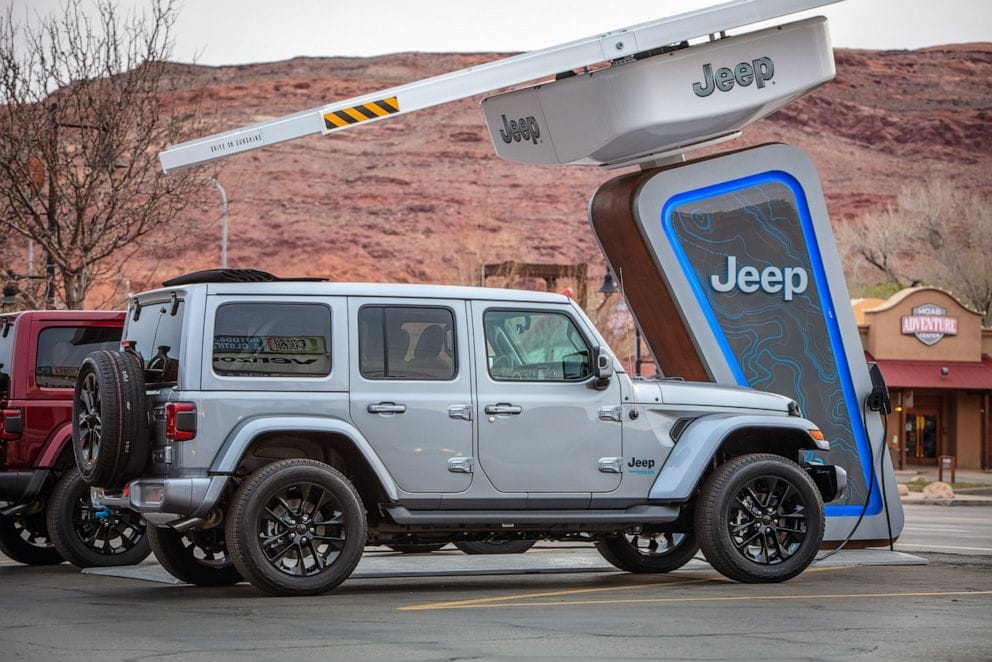 One of the best parts of CES is the world class car show it offers every year. From traditional car makers to traditional electronics companies the EV market is evolving. Rumors even continue to swirl about Apple’s plans for its own Apple car. The Las Vegas convention center and surrounding hotels are once again filled with the latest gadgets from tech companies around the world. Electric Vehicles are continuing to make their way into the mindset of car enthusiasts and the major players don’t disappoint.

Mercedes Vision EQXX claims to be more aerodynamic than a football

Among the automakers showing off their cars and technology is Mercedes-Benz. The Vision EQXX concept car that promises to be go further between charge ups than any other on the market. Mercedes’ says that this car only needs 10 kWh of power to travel 100km (62 miles), which they claim is equivalent to burning 1 liter (0.26 gallons) of fossil-fuel.

On a long-distance journey, a typical EV uses around two-thirds of its energy just pushing its way through the air. At 0.1716 (a football is 0.18 to 0.2), the ground-breaking cd figure of the VISION EQXX can make a big difference at highway cruising speeds. A reduction of just 0.01 adds around 2.5% to the range.

Sony goes all in the Electric Vehicle competition

Most people don’t think of Sony as a car company, but two years ago they revealed the Vision-S prototype electric vehicle to show off its sensor skills. The returned this year with an updated version under the new Sony Mobility brand. Sony Kenichiro Yoshida CEO said, Sony might explore the commercial launch of its own electric vehicle. Yoshida called it a “bold step into the future,” for the electronics and gaming company.

The Vision S SUV features 40 sensors inside and outside the vehicle that monitor safety. Inside, the cabin is adaptable for each passenger, and the car comes equipped with 5G connectivity. The vehicle is equipped with both gaming and audio advances to keep passengers entertained while driving.

General Motors is not on the show floor of CES this year opting to go digital due to the pandemic. “We have decided to move to an all-digital approach with our activation at CES 2022 in January,” a GM spokesperson told Car and Driver. “CES is an important technology platform, and we are continuing with our plans on January 5 to share our significant company news including the reveal of the Chevrolet Silverado EV.”

2024 Chevrolet Silverado EV should resemble a more classic take on an electric pickup truck. A large battery pack is said to provide up to 400 miles of range per charge. Designed as an electric vehicle from the ground up, the First-Ever All Electric Silverado will harness the power of the company’s “Ultium Platform”. The Ultium Platform is GM’s electric propulsion, high torque and zero emission system.

Jeep CEO, Christian Meunier says “It’s cool to be green.” He has an eye on making Jeep to become a “zero-emission freedom brand.” The Wrangler 4xe, a plug-in hybrid that went on sale this year and already accounts for nearly 25% of Jeep’s volume.

Debuting at the show for Stellantis are a wide swath of environment friendly options. The Citroën Ami is an ultra-compact, two-passenger urban EV. In France, the Ami is accessible by users as young as 14, with “à la carte” offerings that target specific uses, a fully online journey, innovative distribution methods and a three-hour charge time.

Jeep Grand Cherokee 4xe: The fifth generation of the Grand Cherokee, which over the past 30 years has become the most awarded SUV in history, earning countless industry accolades and achieving more than 7 million in global sales, will be officially unveiled at the 2021 New York International Auto Show and will include the full range of the Grand Cherokee lineup.

The first Grand Cherokee to offer a plug-in hybrid electric variant. Its introduction signals the continued pursuit of the brand’s global vision of accomplishing “Zero Emission Freedom,” by offering a fully electric Jeep vehicle in every SUV segment by 2025. The Grand Cherokee 4xe targets an estimated 25 miles (40 km) of all-electric range and 57 MPGe, with 375 hp and 470 lb.-ft. of torque and is equipped with the award-winning Uconnect 5, which offers new technology for 2022 Jeep Grand Cherokee, including a 10.1-inch (25.7 cm) display, five-times-faster operating speed (when compared to the previous generation) and over-the-air (OTA) updates.

Togg, Turkey’s first home-grown automotive brand, is to debut a high-concept, forward-thinking mobility solution at CES 2022 that brings together advanced electric, autonomous and connected technologies within one design sphere. The battery electric SUV is Turkey’s first home-bred vehicle and represents the culmination of Turkey’s progress in industrial technology. It is one of two electric vehicles announced by the automaker, along with a C-sedan concept.

Togg says it “will use CES 2022 to not only showcase its forward-thinking technologies and concepts but also announce its arrival on the world stage as the shift to a new era of mobility begins to gather pace.”

Togg’s Use-Case Mobility showpiece and the visionary smart device, will be presented on January 5-8 at CES 2022 in the Las Vegas Convention Center West Hall at Booth #4719. “Having focused our tech and design efforts to develop something that is truly revolutionary, we are now set to unveil Togg’s technology to the world at CES 2022,” said Togg CEO, Gürcan Karakaş. “I am looking forward to introducing Use-Case Mobility for the first time.”

Chrysler unveils Airflow electric vehicle concept at CES show in Las Vegas. The automaker said it will launch its first battery-electric vehicle by 2025 and offer a fully-electric portfolio by 2028.  Chrysler Airflow was unveiled online at CES. The tech-savvy concept car is “a nod” to a vehicle that the company plans to launch in 2025, according to Chrysler CEO Christine Feuell.