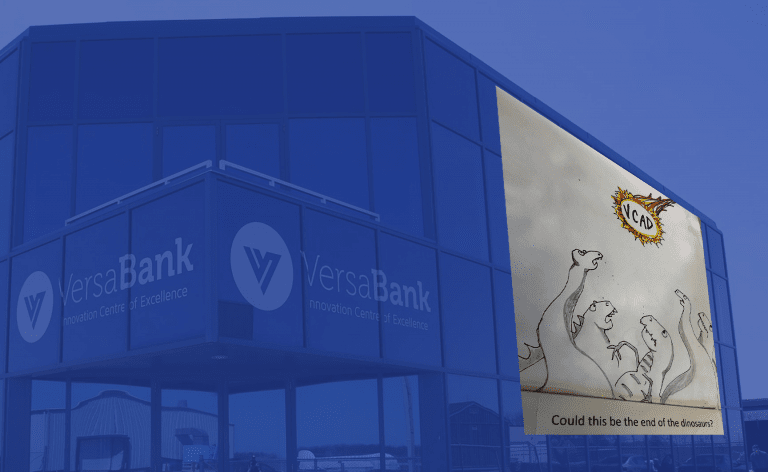 March 19, 2021 – VersaBank (TSX: VB), who are making news in the chartered banking industry for being the first to introduce their own crypto based stablecoin will present at The Investor Summit March Conference as it plans to enter the $200 billion Canadian home financing market.

VersaBank will also be participating in virtual one-on-one meetings at the Conference for institutional investors.

David Taylor, President and Chief Executive Officer of VersaBank, will discuss the company’s digital banking operations, which have, according to Taylor “generated a compounded annual growth rate in net income of 23% over the past six years based on the Bank’s development and application of its proprietary software to address unmet needs in the banking industry”.

VersaBank also recently announced it plans to launch a strong encryption based digital currency (cryptocurrency) represented one-to-one by a Canadian dollar bank deposit with the Bank, to be known as VCAD. VCAD is expected to be the first digital currency to represent a fiat currency, as well as the first in the world digital currency issued by and backed by deposits with a North American bank.

VersaBank is a unique Canadian Schedule I chartered bank in the financial space. VersaBank became the world’s first fully digital financial institution when, according to the bank, it adopted a highly efficient business-to-business model using its “proprietary state-of-the-art financial technology to profitably address under-served segments of the Canadian banking market in the pursuit of superior net interest margins while mitigating risk”. VersaBank obtains all of its deposits and provides the majority of its loans and leases electronically.

Canada has been one of the biggest beneficiaries of the recent crypto boom, with crypto services expanding fast in the country. The institutional support of the Toronto stock exchange and other banking platforms like VersaBank have helped speed up Canada’s financial disruption.