"Illegal fishing threatens the health of our fish stocks and takes resources away from hard-working, law-abiding fishers. Through the Dark Vessel Detection program, we're partnering with other ocean nations to better detect and prevent illegal fishing around the world. We're investing in one of the leading, most innovative systems on the planet to ensure our fish stocks are protected, our fisheries remain lucrative, and the law is upheld at sea." 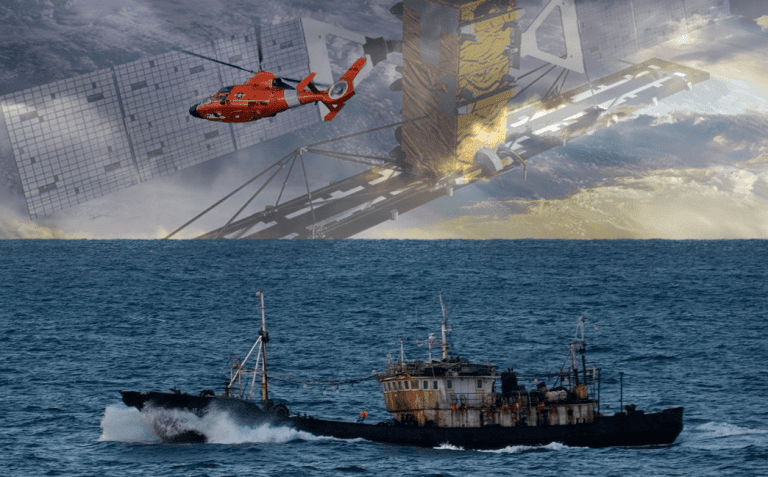 According to the Food and Agriculture Organization of the United Nations, Illegal fishing represents up to 26 million tonnes of fish caught annually, valued at between $10 to $23 billion USD

Internationally, illegal, unreported and unregulated (IUU) fishing is a major contributor to the decline of fish stocks and marine habitat destruction. It also undermines the livelihoods of our Canadian legitimate fish harvesters.

The $7 million Dark Vessel Detection program uses satellite technology to locate and track vessels whose location transmitting devices have been switched off, sometimes in an attempt to evade monitoring, control and surveillance.

The program will provide state-of-the-art satellite data and analysis to small island nations and coastal states around the world where IUU fishing has a major impact on local economies, food security and the health of fish stocks. One major concern for our government is the impact IUU fishing has on food security, where fish resources of vulnerable coastal communities are threatened by the illegal fishing, affecting millions of people.

Identifying “dark” vessels from above will now allow these small island nations to focus their investigations and maximize their enforcement effort to protect their fish stocks.

Program partners include the Forum Fisheries Agency (which represents 15 small island nations in the Pacific region), and the Ecuadorian Maritime Authority, National Directorate of Aquatic Spaces (which is in charge of surveillance and control in the Ecuadorian maritime domain). In December 2020, Canadian and Ecuadorian officials signed a memorandum of understanding to formalize their partnership, and enhance surveillance around the Galapagos Islands – a UNESCO World Heritage site.

The Dark Vessel Detection program is part of the $11.6 million in funding for Canada’s commitments to ocean health announced at the 2018 G7 ministerial meeting in Halifax, Nova Scotia.

The company that the Canadian Space Agency (CSA) gave MDA a contract to develop and construct the Canadarm3 as part of Canada’s contribution to the NASA-led Lunar Gateway Program has been tapped to help solve this.

Canadian Space Robotics and Canadarm2 manufacturer, MDA, today announced that it has been awarded a three-year contract with the Government of Canada Department of Fisheries and Oceans and Defence Research and Development Canada to use satellite technology to detect vessels engaging in illegal, unreported and unregulated (IUU) fishing. The contract will run for a period of three years.

In a related initiative, last August, a team comprised of MDA, VizworX and Simon Fraser University was selected by the Digital Technology Supercluster for the Cycle 3 Protecting Our Oceans project in the Supercluster’s Technology Leadership Program. The team aims to develop a solution that will recognize vessels that fish illegally, deter and blacklist them and ultimately prosecute the owners to protect our global fisheries and marine ecosystems.

MDA referenced The Dark Vessel Detection (DVD) program that uses satellite technology to locate and track vessels that have switched off their location transmitting devices in an attempt to evade monitoring, control and surveillance.

The DVD program will provide satellite data and analysis to the Government of Canada in support of Ecuador – including surveillance around the Galapagos Islands.  This program will also support the Forum Fisheries Agency, which represents 15 Pacific Island member states in the South Pacific.

Some Quick Facts Released about this story